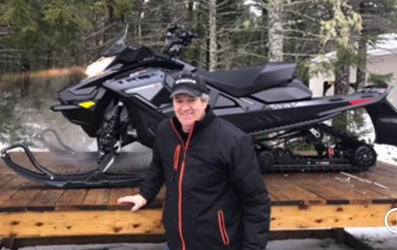 Nov.14, 1953 - Jan.24, 2022
It's hard to believe it's been a year since you left so suddenly.
" I missed you today, I will miss you tomorrow, Tears in my eyes and a heart full of sorrow.  I hold onto the Memories of the great times we had, I grieve for what I lost but I am grateful for what I had."   His good character and the kindness of his heart won the affection of his loved ones.
Kim & Family
Raymond George "Turk" Milton, 68, of Hillsborough passed away suddenly at his home on January 24th, 2022.
Raymond was born in Moncton on November 14th, 1953 the son of Berkley Milton and Helen (Smith) Wilson and was also raised by his Step-father, Leon Wilson.
Raymond was one of the nicest men you would ever meet.  He had a quiet demeanor with a warm smile.  Raymond grew up in Albert Mines and went to the Albert Mines Baptist Church in his younger years.     He was a well known carpenter who was sought after by many, he took great pride in the quality of his work, he was very fussy on every piece he made.  He built many houses over the years and made each one to his specifications and he embellished them all with his own personal touch.   He was an avid snowmobiler and a member of the SENBSA Club #20 where he was a long term member/director.  Raymond had been with the Club since it started and looked after the trails in Hillsborough/ Albert Mines area as well as helping out with many other projects.  He could talk about snowmobiles for hours on end and enjoyed racing for a time as well. He enjoyed stock car races, golf and going to the camp with his buddies, they had many adventures over the years.   He had a sweet tooth and would never refuse a second dessert.  He had a special place in his heart for animals, especially the dogs he had throughout the years, he took them with him everywhere.  In the past few years it was "Denver" beside him, he couldn't get out of the driveway without Denver coming along for the drive.  He is now reunited with his faithful old friend.   He just got a new pup, Odie who was going to be his new sidekick. Raymond lived his life to the fullest and made a lot of close friends over the years.  He didn't have a large biological family, but his life was full with all his friends who became his family.    He was always ready to lend a hand if anyone needed help and he did so without hesitation.   He was a good old Albert County Boy who has left many good memories.  He wouldn't want a lot of tears but for everyone to remember all the fun times shared.  As we hold on to Raymond in our hearts, let's honor his memory by following his example: to treat our friends with a caring heart and honest interaction: to move through life being kind and with a smile.
"Those we love never go away, they walk beside us everyday, unseen, unheard but always near."
He will be deeply missed by his spouse of 35 years, Kim; his daughter, Paula Leger (Scott) of Hillsborough and their children, Chelsea, Robert and Cameryn; sister, Laura Ward of Riverview; niece Tracy McKinley and her son Ryan; nephew, Tony McKinley and his daughter, Leah; mother-in-law, Mary Hoar of Hillsborough; sister-in-law, Norma Tingley (Bob) of Hillsborough; niece, Shelby Pedersen (Morgan) and great nephew, Winston.   He will also be missed by all his extended family and many friends.
There will be a time of visitation at the Albert County Funeral Home on Monday, January 31st, 2022 from 2-4 and 6-9pm.  Proof of double vaccination and masks will be required.
A Celebration of his Life will be held at a later date.
For those who wish donations to the SPCA, CARMA or charity of the donor's choice would be appreciated.
Arrangements are in the care of the Albert County Funeral Home, 4130 Route 114, Hopewell Cape, NB, E4H-3K2 734-2780
www.albertcountyfh.com 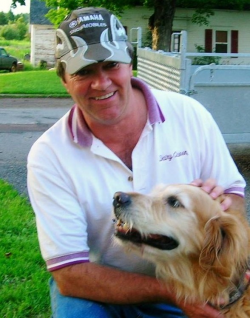