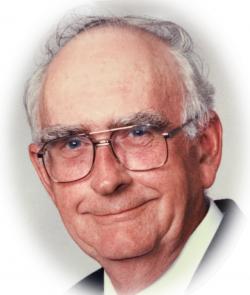 It is with profound sadness that we announce the passing of Don Bennett (80) of Shenstone. Don passed away peacefully on July 12 at the Moncton Hospital with his wife, Pat by his side. In his final days he was surrounded by his family.

Don Bennett, born March 9, 1941, was the youngest son of Marvin and Grace Bennett of Hillsborough. He is predeceased by his parents, three older brothers (Richard/Midge), Ed/Dot), Phil) and Pat’s parents (Junior and Madge Milton of Albert Mines). Don is survived by his sister-in-law Bev (Phil), Pat’s sisters and brother (Donna, Brenda and Doug), and life-long friend, Fraser MacDougall. Don was the proud father to son, Jeff and daughter, Chris (David Fear) and devoted papa to his only grandchild, Sam Garron.

Don grew up on Andy Lane in Hillsborough. As a boy, he worked hard in Brad Steeves’ hayfield and loved to play pond hockey. Don was always a hard worker. As a young man, he went to technical school for autobody repair. For a short time, he and his older brother operated an autobody repair business on Academy Street out of Phil’s garage. Don was also an installer for Northern Electric. In the mid-60s, Don learned carpentry while working on Guy Irving’s crew. He built houses with Guy for a few years until he began his own contracting company with then brother-in-law, Fraser MacDougall. To Don, Fraser was a best friend and like a brother. Over the years, Bennett & MacDougall Carpentry built houses from Weldon to Hopewell Cape. Don went on to work as a carpenter at CFB Moncton (#5) until the Base closed in the mid-90s. In his early retirement, Don kept busy working summers at the Hopewell Rocks, while continuing to enjoy woodworking.

Don and Pat were married at the Albert Mines Baptist Church on February 19, 1966. Throughout their 55-year marriage, Pat and Don lived and worked around the east coast with their two little babies. As a young family, Pat and Don returned to Albert County and built their first home on Milburn Ave. in Hillsborough. Together, they then built their dream house on Taylor’s Lane. While living on Taylor’s Lane, Don developed an interest in farming – he raised shorthorn cattle and tried his hand at chickens. Needing more space for his hobby farm, Pat and Don built their current home on 75 acres in Shenstone. For many years, Don took absolute delight in being outside and working hard with his hands – caring for his cattle, puttering around his woodshop, cutting his own firewood, driving his ATV and caring for the land.

While Don was a man of few words, he was known for speaking his mind — he often took the side of the underdog and did not suffer fools kindly — Don always encouraged people to stand up for themselves and to never give up.

Don loved his family and enjoyed hard work. His wife Pat was his entire world. Don was a loving and dedicated father to Jeff and Chris. Their childhoods were filled with simple pleasures, hard work, lots of fresh air and a bit of mud. Memories of their dad are filled with cross-country road trips, Sunday drives in search of fried clams, cattle shows and county fairs, cutting wood, building houses, three-wheel adventures and farm life. Don was also a devoted grandfather to his only grandchild, Sam. He spent 23 years letting Sam do all the things he never let his own children do; spending endless hours building in the shop, making hay and tractor rides, building a good bog with their ATVs, and shooting BBs, pellets and arrows into the back field. Sam never went to visit papa without packing his rubber boots.

Don’s family wishes to extend their sincere appreciation to the exceptional care Don received in his final years, including his family doctor and receptionist in Hillsborough, the many specialists, extra-mural program nurses (Driscoll Unit) and paramedics. Thanks to all the health care workers of the Moncton Hospital, including the staff of trauma and acute care and especially the staff of the 4th and 5th floors.

Don was a man of few words and preferred a quiet life. It was his wish to not have visitation or a ceremony. In lieu of flowers, please consider a donation to the charity of your choice – or get outside in the fresh air and plant a tree.