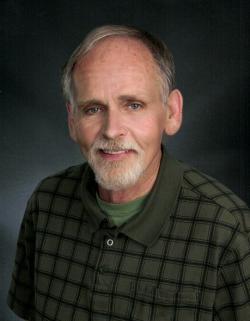 Wayne " Tink" Allison Steeves,75, of Hillsborough passed away peacefully on January 22,2021 at the Moncton Hospital with his best friend and wife by his side.
Wayne was born in Kentville, NS on July 25th, 1945 the son of the late Allison and Daisy (Skerry) Steeves.
Wayne owned and operated his own company, Jensen's Exotic Plants until his retirement in 2016.   His passion was gardening so his company was very fitting, he enjoyed his work.  He would sell plants to companies and office buildings and tend to them as they grew.  He was a member of the Hillsborough United Church and joked that he was asked not to sing in the choir.   He was very proud of his yard in Hillsborough and spent many hours making a trail and flower beds for all to enjoy.   Wayne spent a lot of time in nature and was an avid fisherman.   He would spend hours bird watching and fishing on the marsh.   He was very knowledgeable about birds and people would often call Wayne and ask about a certain bird they had seen, he often told them all about that specific species and all about their characteristics.  Wayne enjoyed being the cook of the family and often made a little extra when making meals, for his crows.  He was a quiet man, content sitting and observing all that was going on.  He liked to laugh and have fun, just didn't want to be the center of attention.   He was a member of the Tim's Coffee club on King Street and enjoyed his weekly morning trips to town after he retired, daily when he was working.  He met the love of his life, Jan, and the two have had 50 wonderful years together.  Everyone has ups and downs but they made it through life depending on each other and raised a wonderful family.  He was a dedicated husband, dad and grampy, they were his world.  If you looked up Family man in the dictionary, Wayne's picture would be there. His wife felt blessed everyday and some would say she was spoiled by Wayne, Jan knows how lucky she was to have him. He cherished his children and grandchildren and would do anything for them.  He was so looking forward to seeing Hunter graduate from RHS in June, he was so proud, he will be there in spirit.  He has left a legacy of love, caring and kindness.
"We think about you always, we talk about you still.  You have never been forgotten and you never will.  We hold you close within our hearts and there you will remain. To walk and guide us through our lives, Until we meet again."
He will be deeply missed by his wife, Jan (Lockwood)  Steeves; his daughter, Melanie Shaw (Rob Edmonds) of Riverview and son, Mitchell Steeves (Tabitha) of Hillsborough ; daughter-in-law, Kristy Steeves of Riverview; his treasured grandchildren, Hunter Shaw, Hudson Shaw, Benjamin Steeves, Ari Steeves and step-grandchildren, Sierra Edmonds and Zack Edmonds; brother, David Steeves (Deb) of Shenstone; sisters-in-law, Patricia Steeves of Stoney Creek and Valerie Crawford (Ron) of Lower Coverdale.  He will also be sadly missed by his nieces, nephews and many good friends.
Besides his parents he was predeceased by his brother, Edward.
Honouring Wayne's own wishes there will be no visitation or funeral service.  A private family service will be held at a later date.
For those who wish donations in Wayne's memory to the Atlantic Wildlife Institute or to the charity of your choice would be greatly appreciated.
Arrangements are in the care of the Albert County Funeral Home, 4130 route 114, Hopewell Cape, NB, E4H-3K2 734-2780
www.albertcountyfh.com
Click here to View Condolences
Service Location
No funeral service
Visitation
No visitation
Requested Charity
Donations to the Atlantic Wildlife Institute or charity of your choice would be appreciated