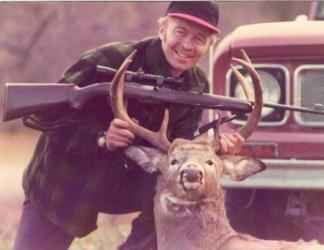 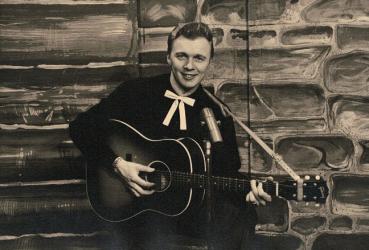 Stanley was born in Curryville, Albert County on December 21st, 1933, the son of the late Russell S. and Muriel G. (Hawkes) Fenton.

Stan graduated from Hillsborough High School. He worked for CN in the Employee Relations Department as a trainer and supervisor until his retirement.  He was a member of the Curryville United Church. He enjoyed socializing with friends and family, reminiscing about "the good ol' days"  when he met his wife Shirley and had a band called Stan Fenton & Good Tymes Band.  He loved country music and entertaining crowds.  He played at many establishments over the years and was very well known.   It was an honour and proud moment in his life when he was officially inducted into the New Brunswick Music Hall of Fame just last year.  He was also an avid hunter, having great success with big game over the years. He enjoyed being outdoors and in the woods.   Stan was a fixture at the Hillsborough Irving and Cooke's Kwik Mart,  always with a smile and "How are you today?"   He never missed a day when he was able to be there with his buddies and share in what was going on in the community.  When the time came he couldn't be at home anymore he felt blessed to be able to share a room with his sweetheart, Shirley, until the end at Kenneth Spencer Memorial Home.  He cherished every memory and would want everyone to remember the good times.    He will be remembered for his kind and generous heart. "Although it's difficult today, to see beyond the sorrow, may looking back in memory comfort you tomorrow."
He will be deeply missed by his wife, Shirley Fenton of Moncton; son, Shayne Fenton (Bonny) of Riverview; and brother-in-law, Ralph "Bob" G. Wells of Hillsborough and nephew Scott Wells of Hillsborough. He will also be missed by several great nieces and nephews and by many friends.

Besides his parents, he was predeceased by his sister-in-law, Ellen Wells and nephew, Stephen Wells.

Due to COVID-19 regulations, a private family service will be held at the Albert County Funeral Home. Interment will be held in the Green Hill Cemetery, Edgett's Landing, NB.

For those who wish donations to the Green Hill Cemetery, Curryville Cemetery or charity of the donor's choice would be greatly appreciated.