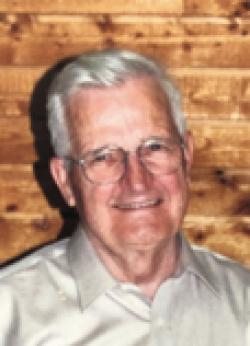 Ewen MacSweyn, 93, of Moncton passed away peacefully on July 3, 2019 at the Veterans' Health Centre in Moncton, NB.

He was born in Ottawa on August 5, 1925, the son of the late John and Beatrice (Neville) MacSweyn.

Ewen worked for the National Film Board as a supervisor.   His faith was very important to him.  He attended the Parkton Kingdom Hall of Jehovah’s Witnesses in Moncton, NB.  Ewen was a loyal man who will be remembered for his kind and generous heart.

Besides his parents he was predeceased by sisters, Jean and Phyllis and his brother Donald.

Honouring Ewen's own wishes there will be no visitation.  A Memorial Service will be held at the Kingdom Hall, 25 War Veterans Avenue, Moncton, NB on July 27, 2019 at 2PM.

In lieu of flowers, those who wish may make donations to the Watchtower at JW.Org (Donations).